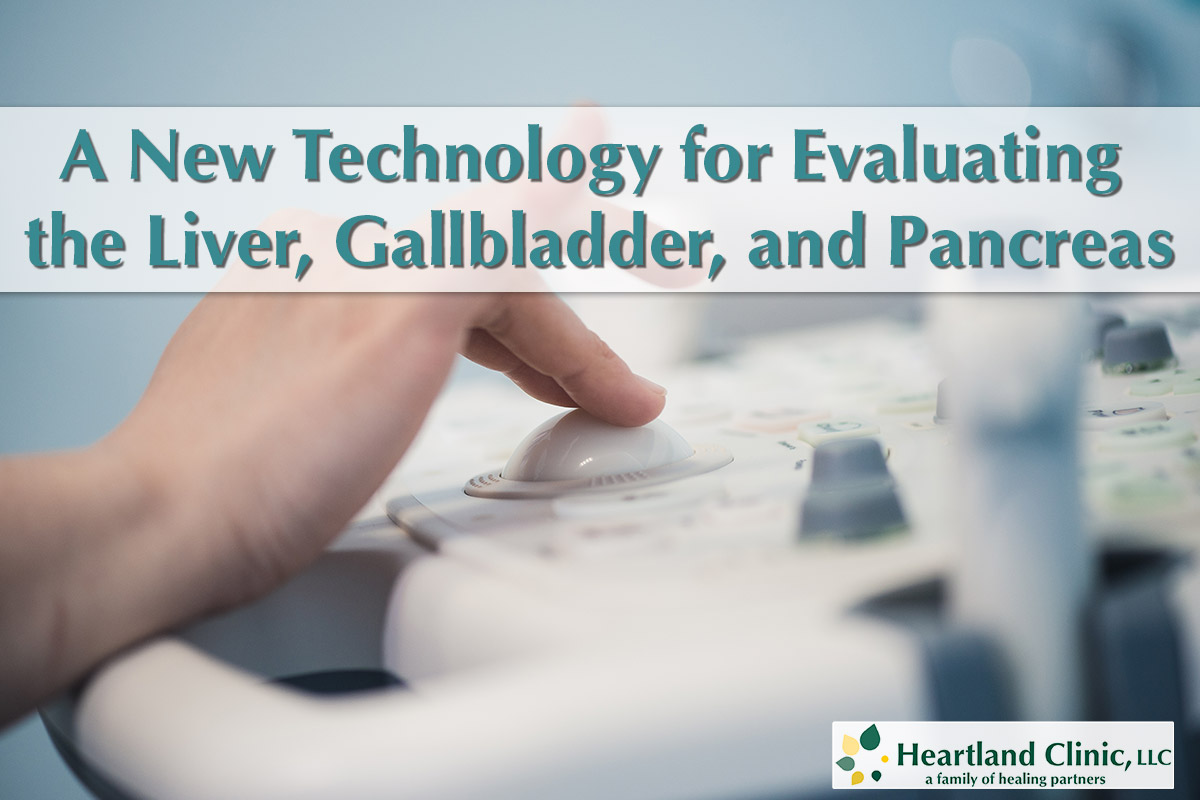 A New Technology for Evaluating the Liver, Gallbladder, and Pancreas

Endoscopic Ultrasound is the most current technology available for the evaluation of disease affecting the Liver, Gallbladder, and Pancreas.  This new imaging method is used to stage cancer of the lung, esophagus, gallbladder, and pancreas.  It is also used to deliver medication to specific areas of the body under direct visualization and is being used to evaluate tumors of the stomach and rectum.

Trans-abdominal ultrasound is a standard technique available in all hospitals in the Quad Cities and is usually performed by a technician who produces an image interpreted by a radiologist.  It requires a transducer to be placed on the skin to find abnormalities.  Although this test is quite sensitive, it is not very specific and the image can be degraded by simple things such as bowel gas.  Endoscopic ultrasound is both specific and sensitive in diagnosing the disease indicated.  It is performed by a Gastroenterologist with specific training in the use of the equipment and the images it generates are interpreted by the physician in real time while they are being generated.

Endoscopic Ultrasound is also known as EUS.  It is an ultrasound transducer attached to the end of a specially modified upper endoscope.   The patient is administered a mild anesthetic for comfort and then swallows the EUS scope in the same way a regular upper endoscopy would be performed.   The risk of a side effect of the medication used and the actual performance of the procedure is similar to the risk of any endoscopic procedure.

Gastroenterologists use this new technology in many different ways to help make a diagnosis.  In a patient with cancer of the lung, esophagus or lymph nodes; EUS can visualize these structures and determine if abnormal lymph nodes are present.  A tissue sample can be obtained from the lymph node and then a cancer can be staged to determine the best and most reasonable course of therapy. In the stomach; tumors, cancers and dilated veins known as varices can be visualized.  A type of biopsy can be obtained called a fine needle aspiration.  This gives a sampling of cells which are prepared in a manner similar to a pap smear; that allows the onsite pathologist to give an idea of an immediate diagnosis.  Once the EUS has entered the duodenum, which is the first part of the small intestine; it can be used to visualize several different structures.  The common bile duct which drains bile from the liver and gallbladder can be imaged to determine if a gallstone is present outside of the gallbladder.  Small stones, biliary sludge, and other abnormalities in and around the gallbladder can be seen with greater accuracy than traditional ultrasound. The pancreas can also be better visualized with EUS to determine if cancer, acute, or chronic pancreatitis is present.  Again this technology can be used to stage cancer to determine the best therapy for each individual patient.

EUS can now be used to target therapy directly into cancers and nerve plexus for treatment and for palliation of pain. Many more uses for this evolving and developing image technology are on the horizon as academic medical centers explore better and more advanced techniques to advance this science.

But why is this new procedure important now?  With approximately 500,000 gallbladders removed each year there are more and more patients requiring an evaluation for pain and abnormal liver function tests after the surgery.   The best way to see this part of the abdomen is EUS.  It can demonstrate the presence of common bile ducts stones or abnormalities of the biliary tree very well and direct the gastroenterologist toward the correct diagnosis and appropriate therapy.  Cancer of the pancreas affects 43,000 patients in the U.S., but approximately 37,000 of these patients die.  Early diagnosis and more importantly appropriate staging of the disease makes a big difference in how this deadly disease is treated and how well pain and suffering can be controlled.  It can also let the surgeon know in advance whether surgery will help the patient or not.  Underutilized and many times its role in helping make a diagnosis and directing therapy is poorly understood by other health professionals, because it is relatively new and not widely available.  This type of advanced technology, Endoscopic Ultrasound, is available in the Quad Cities.

Minimally-Invasive Treatment for Barrett’s Esophagus Now Available in the...
Scroll to top